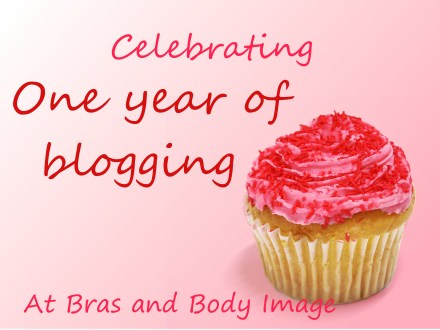 Though it doesn’t seem like it, the first proper post I made was exactly one year ago today! I can’t actually believe I’ve made it to a whole year! Admittedly I’ve never been the most frequent poster, but I like to think I’ve made an impact in my own way. For me, it’s fantastic to write about something I love, and the messages from women I’ve helped never fail to make my day!

My blog really took off back in February, when my response to the “real women” debate went viral… 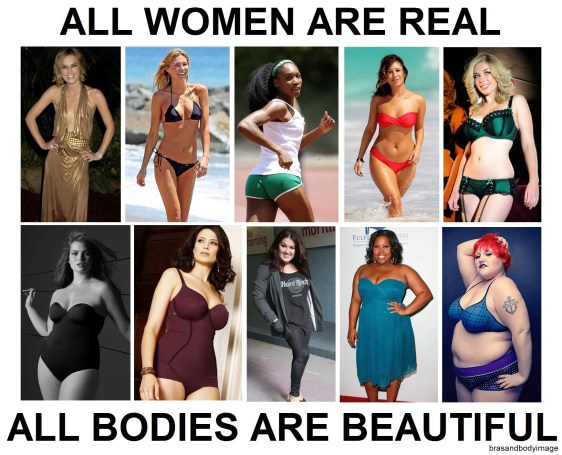 …And again with my post “Putting your bra on properly“, which is now my most-viewed wordpress post of all time!

As of today, Bras and Body Image has over 80,000 wordpress views, and over 750 followers between wordpress, tumblr and twitter, some numbers I never expected to see! For every comment, like, subscribe, reblog, I want to thank everyone who made my blog what it is today. Not only have I loved blogging itself, but my blog has also allowed me to meet some of the most wonderful women, who have changed my life in so many ways. I can honestly say I don’t know where I’d be without them!

To celebrate this milestone and get you as excited as I am, I’ve organised a little giveaway! It will be in the form of prize draws done via Rafflecopter, so hopefully everyone will find it easy to enter! I’ll be putting up the posts about the prizes and the companies offering them in a couple of days. Each draw will last two weeks, and the winners will be announced in a blog post!

Once again, thank you to everyone – readers, sharers and supporters. I have had a wonderful first year of blogging. Here’s to many more!

Prize draws will run for two weeks: starting 18:00 09/01/2013, ending 18:00 23/01/2013 (GMT). No entries will be accepted after this. Winners will be selected at random by the Rafflecopter software.
There is no limit on how many giveaways you can enter. If tweeting to enter, you cannot use the same tweet for more than one entry: each separate entry, whether for the same giveaway or not, must be with a different tweet. Duplicate tweet entries will be removed before the draw. Please ensure any comments left as an entry have your name, so you can be identified should you win. If you are unidentifiable another name will be drawn.

4 thoughts on “One Year of Blogging!”