As most of my readers will know, I consider my blog to be primarily a lingerie and feminism blog. However, at least on my wordpress, feminism posts have been far and few between – my blog focus is usually on bra fitting and reviews. What I haven’t mentioned is that I consider bra fitting itself to be a feminist issue, and today I thought I’d take a minute to give a few reasons why.

Starting with the simple, the most obvious function of a bra is to support. This is particularly important, of course, for sports. In the words of Beckie from Busts4Justice, a well-fitting bra is “the difference between a sedentary life filled with self-consciousness and discomfort and an active one filled with trampolines”. For exercise, a well-fitting bra is absolutely crucial for many people, and yet most of them go without. Unsupportive bras mean bouncing and ligament pain, which discourages women from physical activity, thereby keeping them less fit. Putting it like that makes it sound like a huge conspiracy, but that is one of the results of bad bra fitting being so widespread, and a clear reason to see bra-fitting as a feminist issue. Poorly-fitting bras can also cause health problems in day-to-day life: from the well-known issue of back pain, to blisters and cuts from rubbing. 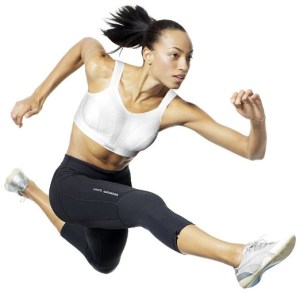 Of course, there are much more complicated issues when it comes to bra-fitting. Numerous body image issues are caused, both directly and indirectly, by poorly-fitting bras. The vast majority of stores fit people into wrongly sized bras that are unsupportive, cause quadboob and add back fat, which is a problem in itself. But when these sizes don’t work, instead of changing their fit methods, the bra industry releases “miracle bras” (which never help) to get rid of aforementioned sagging, overspill and back fat. People who don’t realise that poorly-fitting bras are the cause of these things are further exploited by companies looking to profit, and when these “miracle bras” don’t work, they come to believe that their bodies are just “wrong”. They begin to think that bras that fit well and look nice are impossible for them. For many people, the appearance of their breasts and the trouble finding clothes can lead to insecurity about their looks, and often hatred of their breasts and body. Body dysmorphia is a huge problem alone, but when it is either caused or worsened by something that should be so easy to change, I can’t help but find it incredibly saddening. 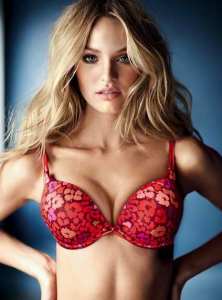 On a somewhat similar note, I feel bra sizing can play a huge role in body acceptance. I feel that accepting that you should wear (for example) a 30HH, rather than a 36DD, can be one of the biggest things you can do when it comes to accepting your body. Women are constantly told they need to be smaller, to be daintier, to take up less space, and bra sizing hasn’t escaped this. Many bra manufacturers seem to want us to believe we should all fit into 32-40 AA-E (DDD), and that if you’re out of that range, you must either be a porn star, a child, or a freak. I know women who have cried upon being resized, because of the messages they’ve absorbed about breast size. This image, which I’m sure everyone has seen, is exactly the kind of thing I’m talking about. Cup sizes over an E carry a weird stigma where those who wear them are simultaneously sexualised and ridiculed. Those with big breasts are too often assumed to be stupid, or accused of being “attention-seeking sluts”, solely because of their bra size. I don’t think I need to start on how fucked up that is. 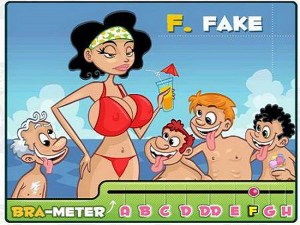 I feel that learning how bra sizing actually works means separating your breasts from all of the messages and labels so commonly associated with various cup sizes. It means realising that your bra size isn’t constant, that these labels are arbitrary, and that your size doesn’t define you. When you understand bra fitting, you start to deconstruct the size-shaming and slut-shaming associations, and you realise that your breast size has nothing to do with who you actually are. And personally, I can’t see how that doesn’t relate to feminism. 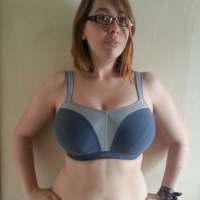