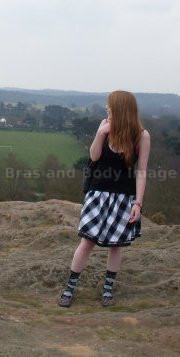 All of that because I was wearing a vest top. Sure, I could change what I wear, and it might result in a few less comments. But why should I have to? What’s so wrong with my breasts? Why was the problem me?

Dressing modestly isn’t itself problematic, but it being seen as the only acceptable choice is. I have no qualms with people covering up, and I have no qualms with people showing skin. Neither is inherently liberating, and neither is necessarily better than the other. What I do have a problem with is when modesty is used to control women’s clothing choices, to make judgements about someone’s character, or used as justification to view them as lesser. 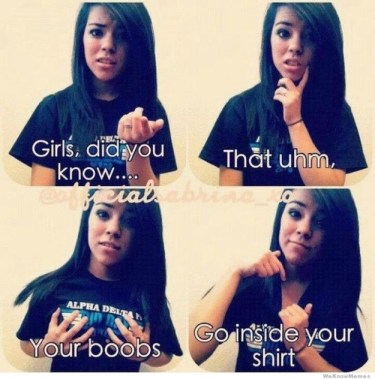 One of the most infuriating things to me is that those who are comfortable showing a little more skin are assumed to have no self-respect. Even worse, there are then people who say, “If you don’t respect yourself, why should I respect you?”, which is one of the least logically sound things I can think of. Everyone deserves a basic level of respect, and denying it by using something as trivial as skirt length, which can tell you absolutely nothing about someone’s morals, character or self-worth, is absurd. If someone dislikes me or disagrees with me, I would hope it is due to something of actual substance. When someone says “have some self-respect”, what I actually hear is “behave in a way that I deem good enough for me to respect you”. It’s really nothing to do with how much self-respect someone has. It is a judgemental statement, made to shame people for having different preferences or standards.

To me, self-respect is about putting myself first. It means I don’t wear clothes I’m uncomfortable in, just because other people think I should. It means caring about my health and well-being. It means I don’t have to smile and bear it when people are rude to me, or maintain relationships that are bad for me. It means knowing what I deserve, and that I deserve to pursue it.

In no way does it mean I have to dress conservatively. As someone who shares pictures of herself in lingerie in her spare time, I think it’s pretty clear that I’ve never really been a fan of modesty. I’m not insecure, and I’m not looking for attention or validation. I just don’t see what the fuss is about. It’s just a body, and if I want to wear clothes that emphasise my boobs, I will. Likewise, if I feel like covering up a bit more, I will. Neither option says anything about me as a person, and I refuse to let anyone tell me how I should dress. What I wear is nobody’s business but mine – even if it’s not “modest”.

25 thoughts on “The Modesty Panel: What I Wear is None of your Damn Business.”