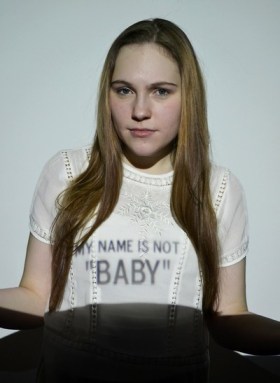 The first time I ever witnessed catcalling was in the car with my dad, when we drove past a young woman and he shouted “Oh! Sweetcheeks!”. I couldn’t have been older than 7, and at the time it just made me and my sister laugh (mostly due to the absurdity of the word “sweetcheeks”). He carried on doing it for years, whether the window was open or not, and I was never quite sure if he was just doing it to make us laugh or not. Whatever the reason was, it normalised catcalling to me when I was a kid, and from then on I believed it was something that women should just expect. 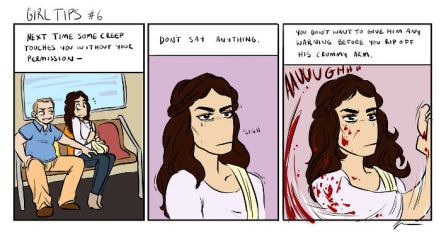 At a music festival, multiple men in my group sat looking out of our camp waiting for women to walk past. When they did, they rated them on their appearance, decided whether or not they “would”, and catcalled them. They thought it was a laugh. At the same music festival, a group of men stood with scoreboards, and decided to act as a judging panel of women’s looks. Multiple men I consider to be friends saw this or heard about it later, and again shrugged it off as a “bit of a laugh”. But it doesn’t matter whether you’re doing it for fun or not. It doesn’t matter whether or not you would do it alone (and in fact, having a group of men publicly harass you can be even more intimidating and terrifying than just one). Whether you are doing it for a “laugh” or not, you are still deciding that you have the right to judge random women’s appearances, as though the only worth women have to you is their looks. 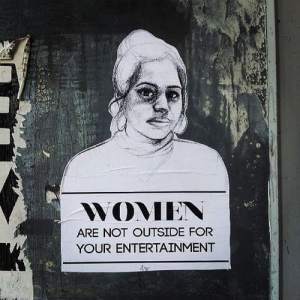 This isn’t even starting on when I have personally been harassed, or how harassment can sometimes be a precursor to assault. As someone with big boobs, I remember being catcalled as young as 11. I remember being propositioned by a group of guys when I was 12. I remember the bus driver who accepted my fare, staring hungrily at my chest the entire time, when I was 13. I remember a man driving past fully sticking his head out of the window to look back at me and shout when I was 14. I remember a group of men surrounding me and not letting me walk home when I was 15. I remember the man who started talking to me, complimented me on my clothes, then lay on the floor to try and look up my skirt. I have had “tits” shouted at me more times than I can count. I have been followed off and onto trains. I have had people tell me to smile, and become genuinely annoyed or angry if I don’t. I have had someone sit next to me and back me against a wall, insisting “I just want to talk to you”. Some of these things might feel like a compliment the first once or twice, but they get old, and eventually even genuine compliments are met warily, because too many have had bad experiences when they respond the wrong way to the wrong person. 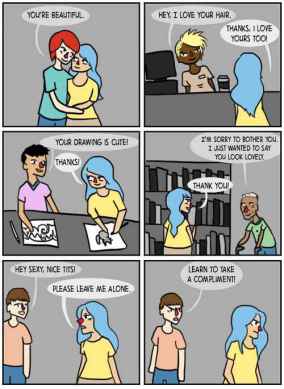 “Street harassment is not a compliment.”
Comic by Emm Roy of Please Stop Being Sad.

This is not individual to me – I don’t think I know any women who have never experienced catcalling or street harassment of any kind, and in fact, I actually consider my experiences to be on the “minor” end of street harassment. Perhaps if it only happened once, it could be easy to brush off, but for women, this is an extension of a culture where our looks are seen as the most important thing about us, and where men feel entitled not only to judge us on them, but to make their judgements known. This entitlement towards women’s time and bodies (and in particular, trans women’s and WOC’s time and bodies) is widespread and unquestioned, and many of my friends have had experiences which have escalated hugely. 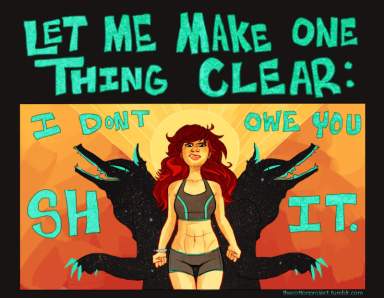 Part of a comic by The Cotton Project.

Catcalling is not pleasant. It is not flattering. It is a reminder that, as women, we can’t even walk down the street or through a field without being scrutinised, objectified, and reduced to our looks. Even somewhere like a music festival, often considered to be a welcoming place with a great community, women can’t get away from this. It is intimidating, it is demeaning, and it makes many women feel unsafe. Countless women feel they have to change where they go, what they wear, or who they walk with, due to being harassed. It is not a compliment, and it should never be seen as “a bit of fun”. 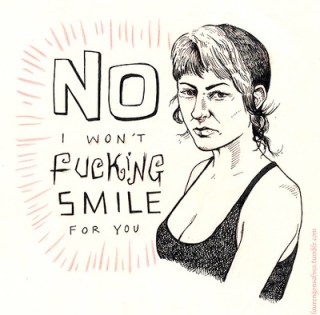 It doesn’t matter that you have female friends. It doesn’t matter that you have female family that you love and respect. What shows your attitude towards women is not only how you treat the women you know well and care about, but how you treat the ones you don’t. The sexual objectification and harassment of women is one small part of why feminism and International Women’s Day are still necessary. If you can’t see the point of International Women’s Day, that is because you are part of the problem.

Oh, and by the way? There is an International Men’s Day. It’s on November 19th. Now please, feel free to shut the fuck up.