As many of you will know, a few days ago, the legendary musician David Bowie passed away. Bowie was an incredible songwriter, a pioneer of glam rock, and a master of reinvention, and due to my dad’s love for him, Bowie’s music made up the soundtrack to my childhood. Many tributes to him have been appearing since his death was announced, and I felt I should contribute in one of the only ways I know: lingerie. So, today I am sharing my picks for lingerie inspired by some of David Bowie’s iconic characters and personas.

“There’s a Starman waiting in the sky…” 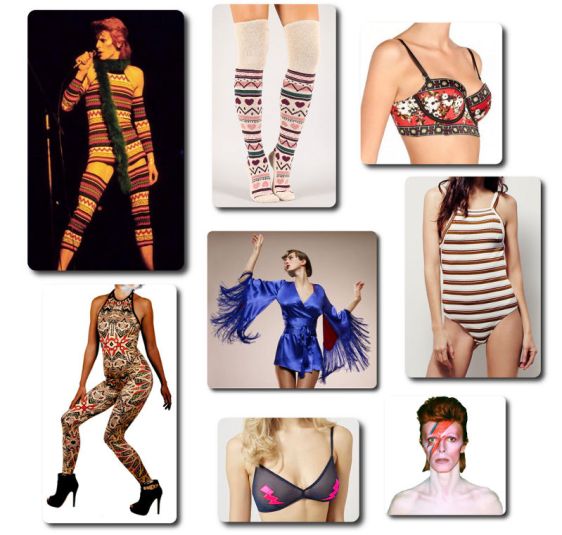 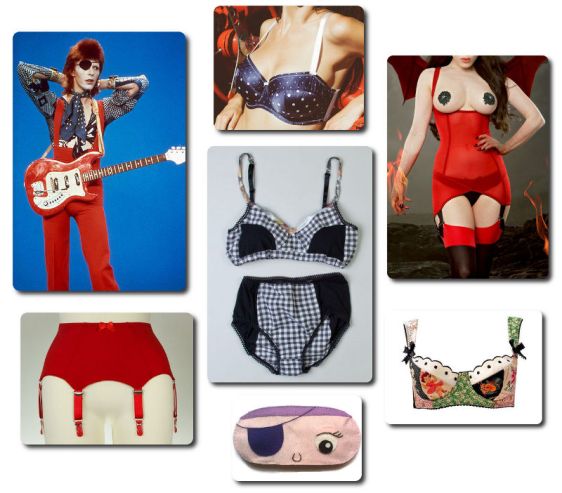 “We can be heroes, just for one day…” 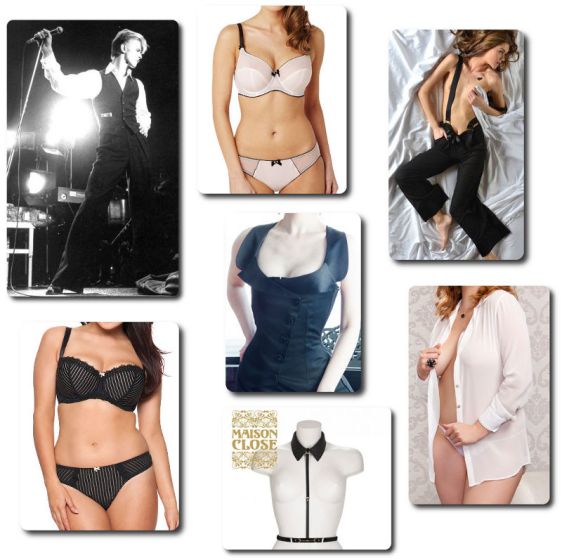 Bowie took inspiration from theatre and pantomime to create Pierrot, a clown in a shimmering silvery blue, covered in layers of metallic, petal-esque fabric.

“Ashes to ashes, funk to funky…” 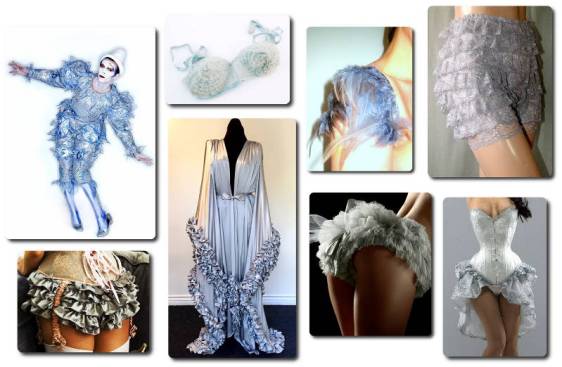 Finally, Jareth the Goblin King from Labyrinth! This character introduced David Bowie to a new generation, and the outfits he wore throughout were amazing. Jareth’s outfits are tattered yet grandiose, with dramatic shapes featuring sequins, jewels, frayed trims and embellished leather. Most pieces use shades of black, burgundy and navy blue, with his wardrobe including long robes, poet shirts, leather vests/jackets, and the infamous form-fitting grey bottoms. 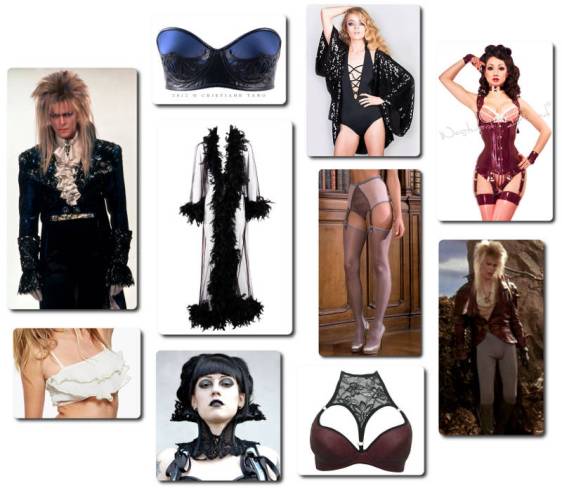 There are so many more pieces, characters and personas I could include, but I fear if I tried to do them all, I wouldn’t be done for weeks. All I can say is that David Bowie’s influence has changed the worlds of music and fashion as we know them, and his creativity, passion, and spirit will be missed by many.

What do you think? Are there any other pieces you would have picked? Are you a David Bowie fan? Let me know any thoughts in the comments!