At the start of this year, Panache contacted me to ask if I would like to participate in their new year fitness campaign, Support Every Move. The campaign was very successful, including a crowd-sourced workout playlist on Spotify, a motivational pinboard on Pinterest, articles about fitness and music, reviews of the Panache Sports bra and lots of giveaways. I contributed to the pinboard, and I am pleased to say that I was also able to try the Panache Sport, which is what I’ll be reviewing today! I’ll give you the summary now: I am in love with it.  END_OF_DOCUMENT_TOKEN_TO_BE_REPLACED

As most of my readers will know, I consider my blog to be primarily a lingerie and feminism blog. However, at least on my wordpress, feminism posts have been far and few between – my blog focus is usually on bra fitting and reviews. What I haven’t mentioned is that I consider bra fitting itself to be a feminist issue, and today I thought I’d take a minute to give a few reasons why. END_OF_DOCUMENT_TOKEN_TO_BE_REPLACED

The main reason I’ve been dithering about posting this for so long is that I’ve made videos for both bras doing a bounce test, and I’ve been weighing up whether it’s worth the trolls and pervy comments! But, I’m sure it’ll be found useful, so I’ve decided to include the videos, though you might want to up the quality on each one. For comparison, I first did a bounce test in a regular, well-fitted, balconette bra. END_OF_DOCUMENT_TOKEN_TO_BE_REPLACED 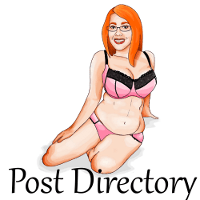